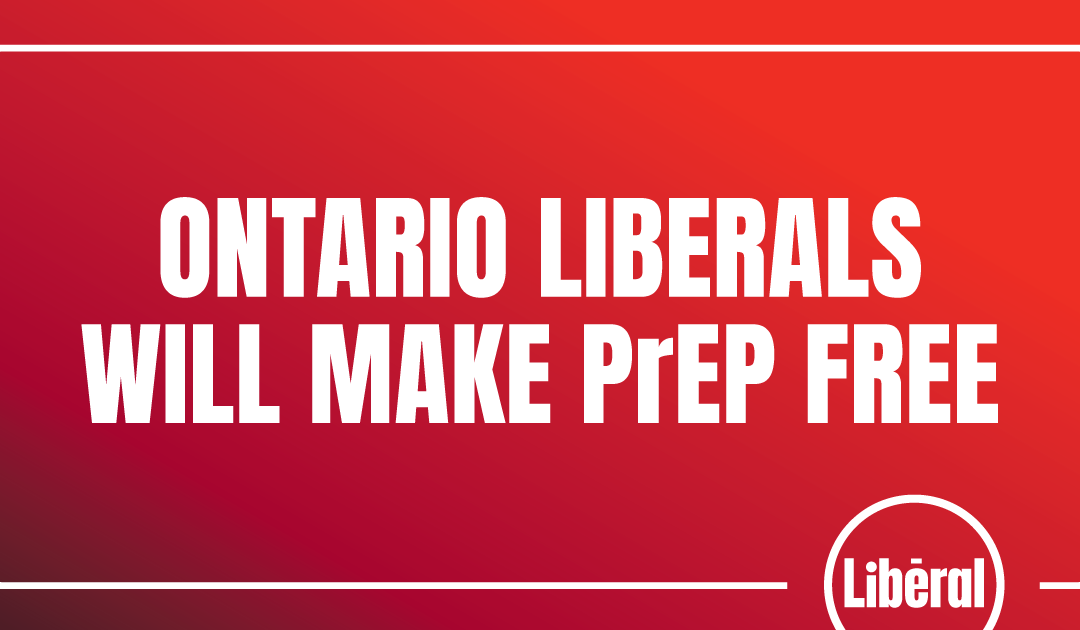 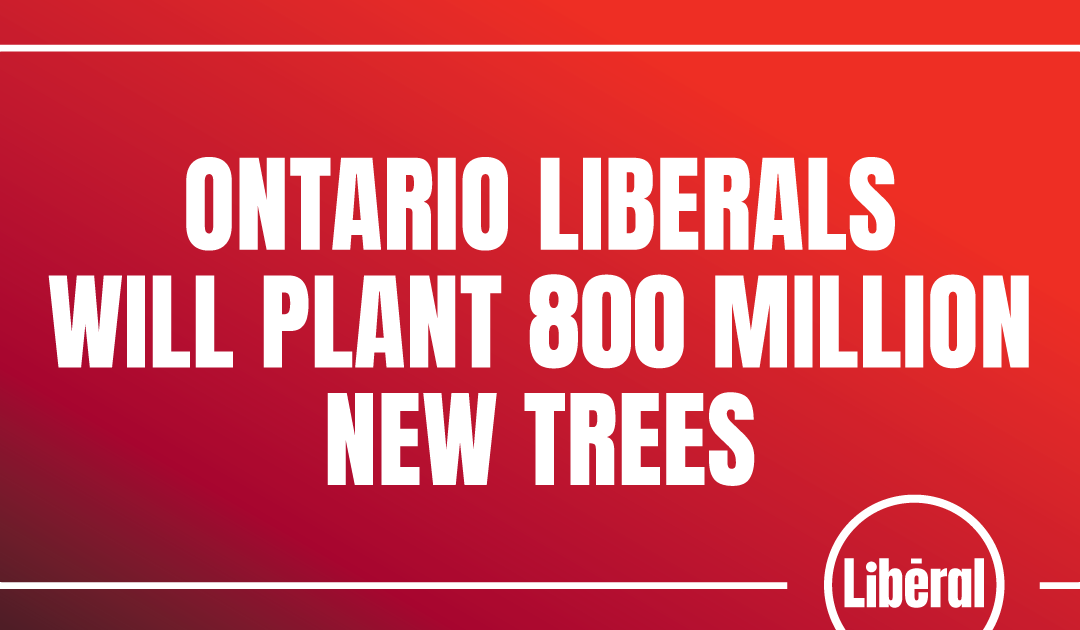 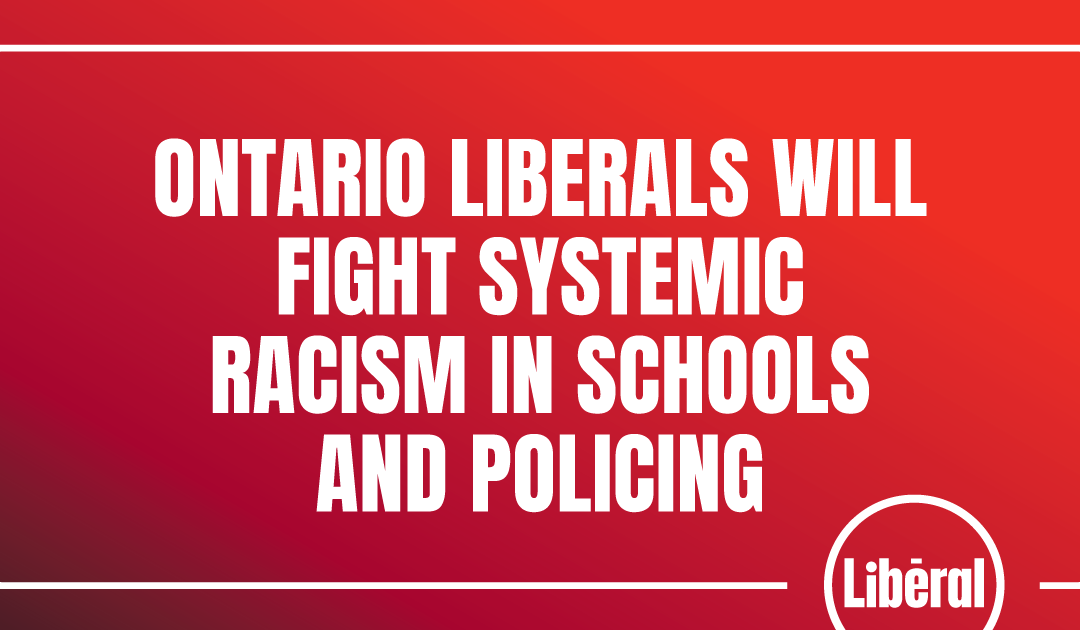 Ontario Liberals Will Fight Systemic Racism in Schools and Policing

TORONTO – An Ontario Liberal government will end public education “streaming” in Grades 9 and 10, hire more diverse and underrepresented police officers, and reverse Doug Ford’s Conservative cuts to anti-racism programs, Ontario Liberal Leader Steven Del Duca announced today.  “Doug Ford’s Conservatives have refused to do all that is needed to fight racism in Ontario. Instead, they cut funding to anti-racism programs, failed to give prosecutors the resources needed to ensure hate-crimes do not go unpunished. Our plan will invest in police forces that look more like the communities they serve,” said Del Duca. We’ll bring in new funding for de-escalation training, mental health supports and fund body cameras.”  Our plan will also end “streaming” in Grades 9 and 10 in public schools as the practice perpetuates anti-Black racism and further segregates students from marginalized backgrounds. And we will refresh Ontario’s 2017 Anti-Black Racism Strategy and provide $5 million to Black historical sites and community centres and $10 million in grants to help support Black entrepreneurs and small businesses. “The number of hate crimes rose during the pandemic – especially toward Asian, Black, Jewish and Muslim Ontarians. Hate and intolerance have no place in Ontario,” Del Duca said. The Ontario Liberal plan will enhance Crown Attorney units dedicated to advising police and prosecuting hate crimes and extend the period for putting forward human rights complaints from one to five years. And we will also make it a punishable offense to engage in intimidation within 50 metres of religious institutions.” The Ontario Liberal Plan to Combat Racism will: 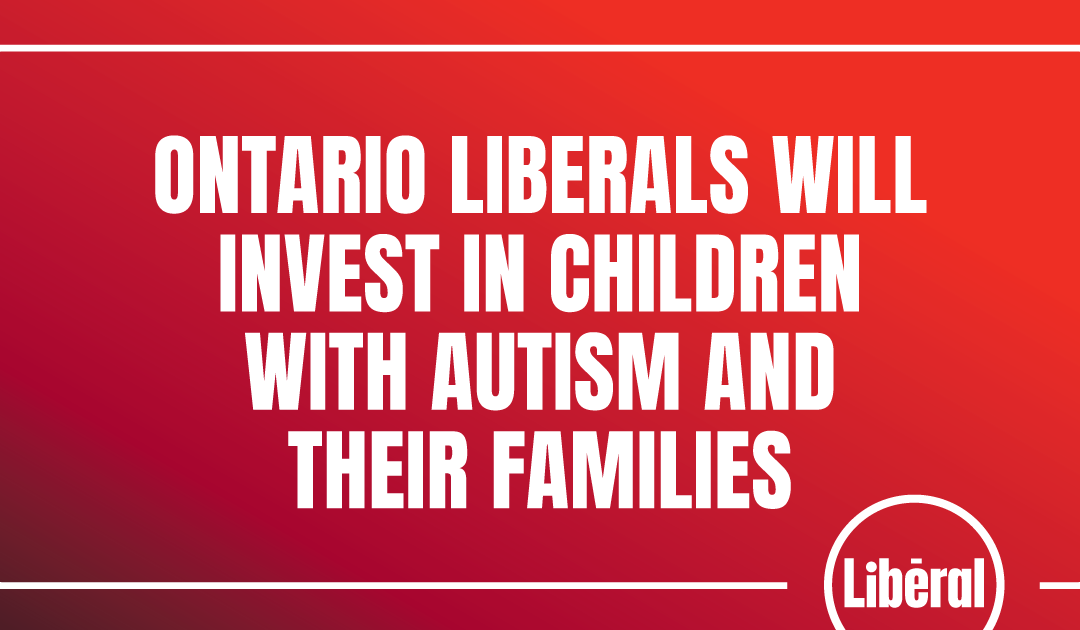 TORONTO – “Cuts and delays to the Ontario Autism Program by Doug Ford’s Conservatives have been disastrous for many families across Ontario, who have children stuck on long and growing waitlists. Ontario Liberals will work with families to finally get this fixed, ” said Ontario Liberal Leader Steven Del Duca.

“The mistakes of the past will not be repeated. To make sure, we’ll establish an independent review of autism services to document and learn from past failures, funded from outside the Ontario Autism Program budget,” continued Del Duca.

“We’ll work as quickly as possible with people with autism, families and clinicians to implement a needs-based program for every child. To ensure that families don’t have to pay out of pocket for autism services, we’ll implement a direct billing option for therapy and make Special Services at Home funding more flexible. We’ll also create new autism therapy capacity across the province and regulate the sector to ensure quality.”

“Our plan will also hire an additional special education worker for every school – more than 5,000 more professionals – to reduce wait times for services and help close learning gaps.”

“We’ll also undertake a comprehensive reform of special education and the needs of students with disabilities – including the Individual Education Plan and autism services in schools – and fix the cliff that occurs when a child with a disability ages into adult services by better aligning both systems.” 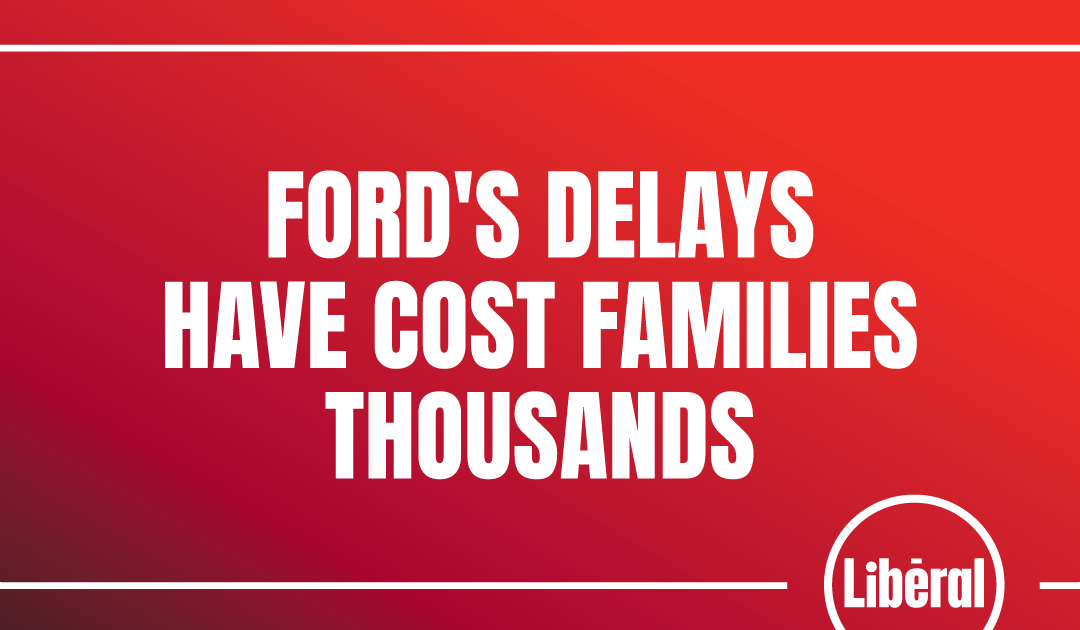 “I would like to start by congratulating the federal Liberals. A national child care plan, funded by the federal government and implemented in every province and territory, will change lives. It is historic, and they have every reason to be proud.

I will also say that I am disappointed that Premier Ford, who, knowing how difficult a time young families are having making ends meet, knowing that federal child care money was on offer that could change their lives, deliberately chose to make them wait, and wait, and wait for help.

The thing is, the only time child care has been a priority for Doug Ford was when he cut it in his first two years in power.

Ontario is cutting a total of $80 million from licensed child care across the province, including the $50-million fund to help offset costs for licensed child-care providers

Today, Doug Ford brags about a financial agreement he could and should have gotten 6 months ago. His failure has cost families thousands. And while every other province got agreements early, many still opted to make their payments retroactive to the beginning of this year, because they knew it was needed.

Ontario was last to sign and Ontario parents will be the last to benefit from the federal funding.

Ontario Liberals are the only ones pledging that if we form government, we will make sure Ontario families do not pay the price for Doug Ford’s delays. We are the only ones who will make payments retroactive to January 1st – an average of $2,750 per child – and the only party pledging $10 per day for before and after school care by this September.

I don’t trust Doug Ford to implement this agreement. I say that not out of partisanship, but based on both his past cuts, and his negotiating priorities.

From Day 1, Doug Ford has wanted as few strings attached to this federal funding as possible. Ask yourself why and who that benefits. Again, just yesterday they were bragging about how they reduced some of those funding requirements.

We all saw Doug Ford try to profit off federal COVID funds. Let’s not let him do the same with child care.”