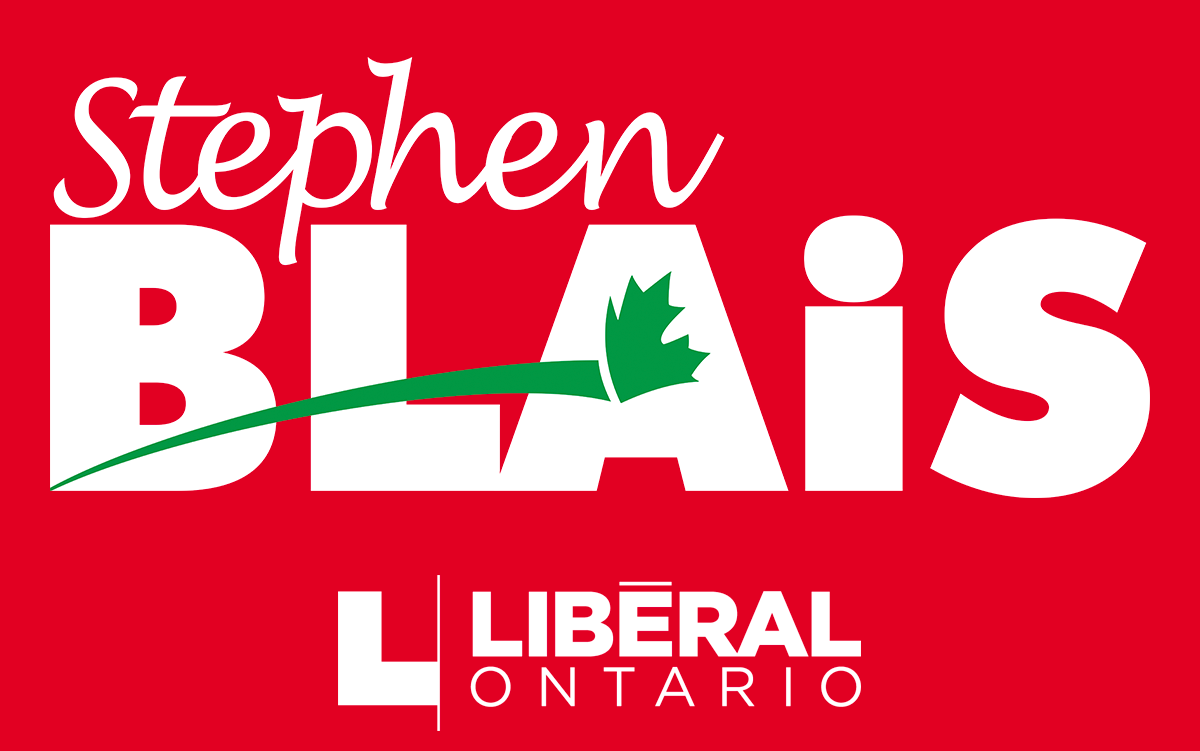 City Councillor Stephen Blais is pleased to announce his bid to become the next Member of Provincial Parliament for Orléans. The resignation of Marie-France Lalonde has opened-up a by-election in Orléans.

Under the Legislative Assembly Act, a by-election must be called within six months from the date of Marie-France Lalonde’s resignation from Queen’s Park. As a result, Premier Ford must call a by-election no later than March 23, 2020. The exact date will be determined by the Premier.

“As Councillor for Cumberland Ward I have represented one of the fastest growing suburban communities in Ottawa,” adds Blais.  “We’ve worked hard to balance the needs of a growing community of young families while maintaining a fiscal approach that ensures costs change predictably.”

>“We have accomplished so much together at City Hall, but Orléans needs a strong representative at Queen’s Park,” says Councillor Blais. “If I am fortunate to earn the trust of the voters, my track record demonstrates that I will work to ensure we get our fair share of investments to further help build our community.”

“Stephen has been an incredibly hard working, dedicated and strong voice for Orléans and the east end. From helping to secure jobs in his ward, to ensuring LRT goes to Trim Road, he’s a proven fighter for his community.”
Jim Watson, Mayor of Ottawa

“I am pleased to support my friend, Stephen Blais to be the next MPP for Orléans. Stephen has steadfastly protected Franco-Ontarians’ rights and has contributed to ensuring Orléans is a wonderful, bilingual and diverse community.”
Madeleine Meilleur, Former Minister of Francophone Affairs & Attorney General of Ontario

“After working closely with Stephen when he was a community association president, school board trustee and city councillor, I witnessed first-hand his unparalleled commitment to Orléans. Despite an uphill battle at city hall, we worked together to bring light rail to our community which is why we are not being left out.”
Bob Monette, Former Deputy Mayor and City Councillor, Orléans Ward

“We need Stephen in our corner at Queen’s Park to make progress on the issues that matter most to our community such as reducing commute times, attracting jobs and making life easier for families. Stephen knows Orléans and we need him as our partner at the provincial level – we deserve nothing less.”
Matthew Luloff, City Councillor, Orléans Ward

“Stephen and I may not always agree on issues, but he has demonstrated a willingness and openness to work with officials on all sides. Stephen has been a strong ally to strengthen Francophone heritage in Orléans and across Ottawa. We need this commitment and knowledge of municipal affairs at Queen’s Park now more than ever.”
Mathieu Fleury, City Councillor, Rideau-Vanier

“Stephen has been an excellent local representative and will be a formidable champion for Orléans as our next MPP.”
Linda Dunn, Former Cumberland Deputy Mayor

“For more than a decade, I have come to know Stephen as an individual deeply rooted in seeing Orléans grow as a bilingual, multicultural and flourishing community. His multi-partisan and collaborative approach is part of the reason why he has been able to secure investments to reduce commute times and to build parks, road arteries and rec facilities.”
Dan Boudria, School Board Trustee

A 2006 City of Ottawa report showed only $100 million in total investment in east end roads and transit in the previous 15 years (since 1991). Since taking office in December 2010, Stephen has helped to secure over $750 million in infrastructure investment in Orléans and Cumberland.

Stephen quickly made his mark securing early victories by having the City of Ottawa conduct an environmental assessment to widen HWY 174 and to extend Light Rail Transit to Orléans, as part of Stage 2 of Ottawa’s LRT program. (There had previously never been a plan to extend LRT to Ottawa’s largest suburb),

Since his election more than a dozen new parks have been built in Cumberland Ward.

Famous for stalling subdivision approvals until developers got on board with park construction, Stephen later worked with the development community to build an $8 million expansion to Millennium Park funded 100% by development fees.

The first new pool in Ottawa since amalgamation came to fruition under Stephen’s leadership with the construction of the François Dupuis Recreation Centre.  By 2018, the centre had already been expanded by adding a full gymnasium, soccer and cricket fields and plans for the addition of a Library – transforming the site into one of the most important community hubs in east Ottawa.

After years of groundwork, Stephen was pleased to help make the biggest jobs announcement in the history of east Ottawa. Amazon.com collaborated with Broccolini Construction to establish a 1 million square foot fulfilment centre in Carlsbad Springs, which represents a private sector investment of $200 million in Cumberland Ward. During construction this project created 1,500 jobs in 30 different trades. Once open, more than 600 permanent jobs were created.

In September 2010, after decades of inaction, two east Ottawa high schools, St. Matthew’s and Lester B. Pearson, finally received additions to replace many of their aging portables, as a result of Stephen’s tireless efforts.

During his term as Trustee, the Board passed four consecutive balanced budgets and grew reserve funds.

The Board adopted a greener approach and invested in the most vulnerable students.

Stephen cites his decision to forgo the 150% trustee raise, which he personally donated to breast cancer awareness, support for military families, the school breakfast program and a bursary at Carleton University, as his most important achievement.