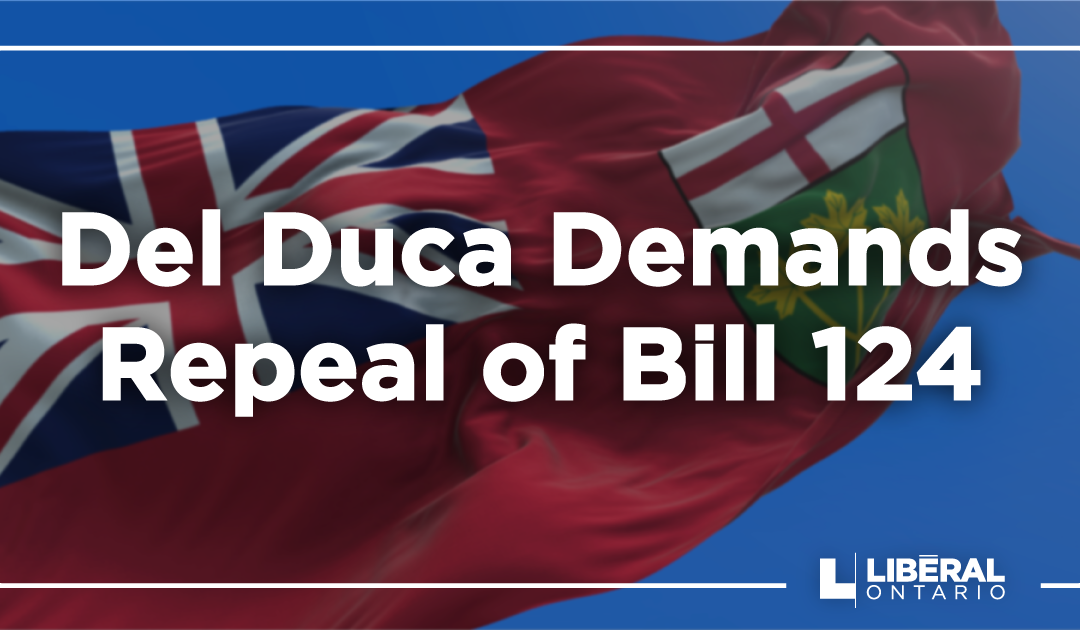 “This crisis demands strong leadership and Doug Ford has proven time and again he just doesn’t know what he is doing,” added Del Duca. “It is disingenuous for Doug Ford to claim he appreciates the hard work Ontario nurses and personal support workers are doing while at the same time cutting their legs out from under them with Bill 124 and failing to provide them with access to critical mental health supports.”

Ontario Liberals are also calling for a Health Human Resources Strategy to help nurses and personal support workers stay in their field, and for the immediate passage of Liberal MPP John Fraser’s Bill 7, which would give all workers 10 provincially-funded sick days.

“Once again Doug Ford’s first instincts in the fight against COVID-19 were wrong. Ontarians have done everything they’ve been asked to. Now it’s time for Doug Ford to swallow his pride, admit that he was wrong again, and bring an end to the crisis threatening our hospitals and long-term care homes.”