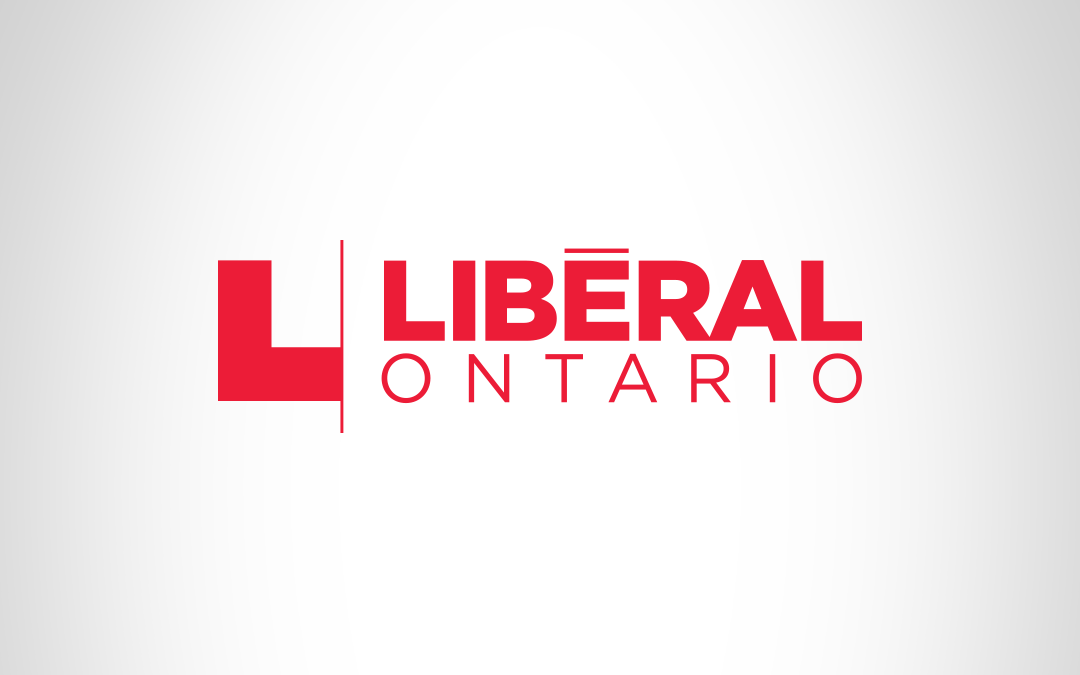 OAKVILLE – Ontario Liberals commit to getting a childcare deal with Ottawa and retroactively refunding parents the extra costs resulting from Doug Ford’s delay.

“Ontario is the only province in the country that refuses to strike a deal with the federal government to implement $10 a day child care. Enough is enough,” Del Duca said. “It’s time for Ontario to elect a government that will help families cut childcare costs at a time when they need help the most.”

“Not only will I ensure a deal with Ottawa for child care is done, but I will ensure that when we get a deal, it will include retroactive fee reductions of 50% to January 1st, 2022.” the Ontario Liberal Party Leader said. “We know families are struggling right now. It’s an insult Doug Ford and his Conservative government are stubbornly refusing to sign a child care deal with the federal government when Ontario families need help now, not higher and higher child care costs,” Del Duca said.

Ford’s dithering is costing families an average of $25/day. Already he’s cost families over $1,000 this year alone. Should Ontario Liberals form government in June, the average family would retroactively receive $2,750 per child. This is in addition to our commitment to cut the cost of before and after-school care to $10/day within 100 days of taking office, and get to $10/day licensed child care for all ages by 2024.

TORONTO – Steven Del Duca, Leader of the Ontario Liberal Party, has called on the Provincial Government to match donations in support of Ukraine, like the Federal Government already is. While Del Duca welcomed the $300,000 in relief already announced, he says much more needs to be done.

“The Government of Ontario should match each dollar donated by individual Ontarians to help aid the people of Ukraine,” stated Del Duca. “The generosity of Ontarians, and our solidarity with Ukrainians should be reflected in our government.”

“While Alberta announced $1 million for Ukraine’s humanitarian efforts, Doug Ford pledged $300,000,” added Del Duca. “I know the Government of Ontario can and must do more, significantly more.”

Ottawa Liberal Caucus and Candidates Statement on the Occupation of Ottawa

For over three weeks, the residents of downtown Ottawa had been held captive in their own homes. While hundreds of trucks and thousands of protestors took over the streets of our city, forcing businesses to close, holding residents hostage within their own homes and neighbourhoods, the Ford Government chose to watch from the sidelines.

After suffering for two-years under the pandemic, many Ottawa small businesses were on the verge of reopening when the occupation began. “This has been an impossibly hard period for businesses in downtown Ottawa. They were forced to close for weeks, just as businesses across Ontario were re-opening. They urgently need financial support from the Ford government to recover”, says Gibbs. Hundreds of workers lost their wages during this occupation and the Ford Government must support these workers.

The City of Ottawa has incurred tens of millions of dollars in additional policing costs to manage the illegal occupation of downtown streets. The Government of Ontario must support Ottawa property taxpayers by providing direct financial relief to the City of Ottawa for these additional costs.

Doug Ford is consistently late on addressing the needs of Ottawa residents. Throughout the pandemic, Ottawa experienced significant neglect from the province, limited testing centres, delay in vaccine supply and late distribution of rapid tests.

“Had Doug Ford focussed on providing support for Ottawa instead of snowmobiling, he would have seen just how bad the situation had been for our businesses”, says Bhalesar. The government’s handling of the illegal occupation is but one more example of how Ottawa is an afterthought in Doug Ford’s mind. 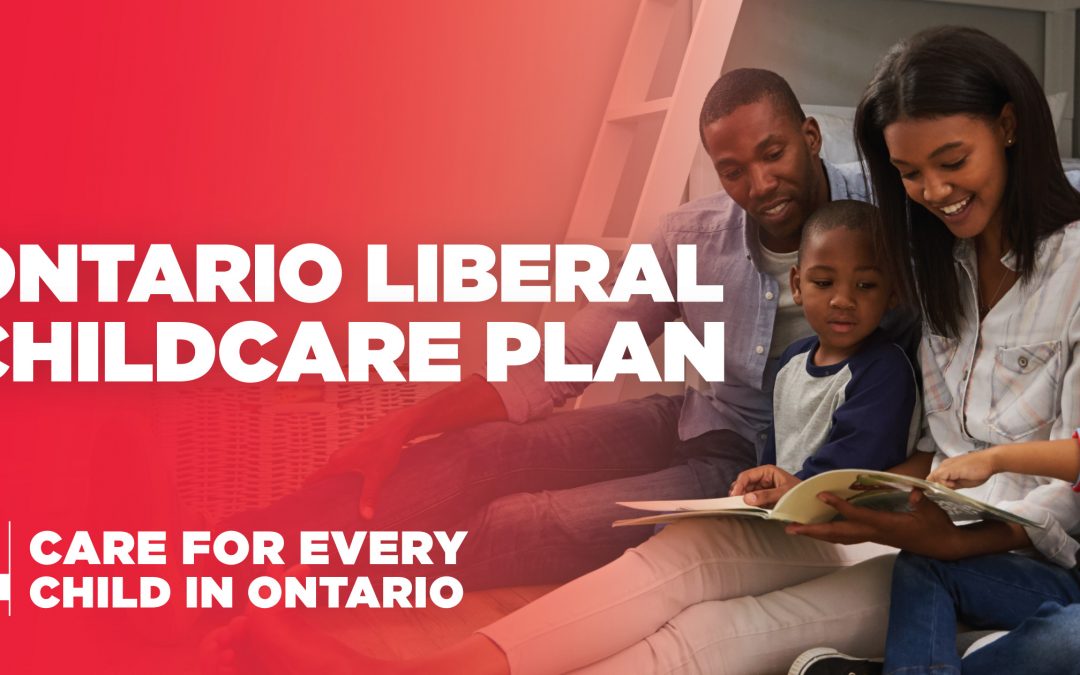 Toronto — “The past year has been especially hard on parents in Ontario and they deserve a Premier that puts them first. That is why Doug Ford must end his petty fight with parents and sign the Federal childcare deal to make $10/day childcare a reality for all Ontarians,” said Ontario Liberal Leader, Steven Del Duca.

“If elected in June affordable childcare will be one of our first priorities and within 100 days of taking office we will also cut the cost of before and after-school care by more than 50% to $10/day.”

“Additionally the Ontario Liberal Plan will top up the 18-month parental leave program so parents can stay at home longer without losing their benefits and provide free tuition for all early childhood education programs.

“I don’t need to tell the other parents here just how important those first few years are or how hard or expensive they can be. Under our plan, Toronto families with children under 4 years of age will save almost $300 per child per week.”

OTTAWA – Ontario Liberals are calling on the Ontario government to provide immediate support to Ottawa businesses and workers impacted by the ongoing illegal occupation in their city.

“If this were an ice-storm, we would help. These workers and businesses have played by the rules and are now victims who deserve our help,” stated Ontario Liberal Leader, Steven Del Duca.

“The people of Ottawa are scared, angry and looking for leadership to end the occupation and reopen their businesses, but they’ve been abandoned by a Premier who is too afraid of upsetting the anti-vax base within his party”, Del Duca added.

Ontario Liberals are proposing provincial compensation for Ottawa businesses and workers who have lost income as a result of this illegal occupation. The province should then seek reimbursement of those costs through the courts from protest organizers.

“I would normally say it’s time he put his money where his mouth is, but Doug Ford has been silent on supporting the businesses and people of Ottawa through this crisis. In fact, he’s only made things worse. It’s time the province stepped up to provide real support to the victims of this occupation,” Del Duca concluded.

OTTAWA – The Ontario Liberal Party’s Ottawa Caucus has written to Doug Ford demanding the province use Schedule 1 of the Comprehensive Police Services Act to bill antivax occupation organizers in Ottawa for the millions in policing costs incurred during this occupation.

“The people of Ottawa have been forgotten and abandoned by Doug Ford’s Conservatives,” stated Ontario Liberal Leader, Steven Del Duca. “They have been subjected to nonstop horns blaring, confederate flags and swastikas being flown, and the desecration of monuments.”

The City of Ottawa estimates the occupation has cost Ottawa taxpayers $800,000 a day on policing alone since it began, and millions more for businesses forced to close. Del Duca blasted Ford today in a press conference for coddling antivaxxers and refusing to call Ottawa Mayor Jim Watson for days.

“The violent occupation has cost Ottawa families the feeling of security in their own homes. They are scared. Using financial tools like recouping costs is one way we can pressure the occupation organizers to leave.”