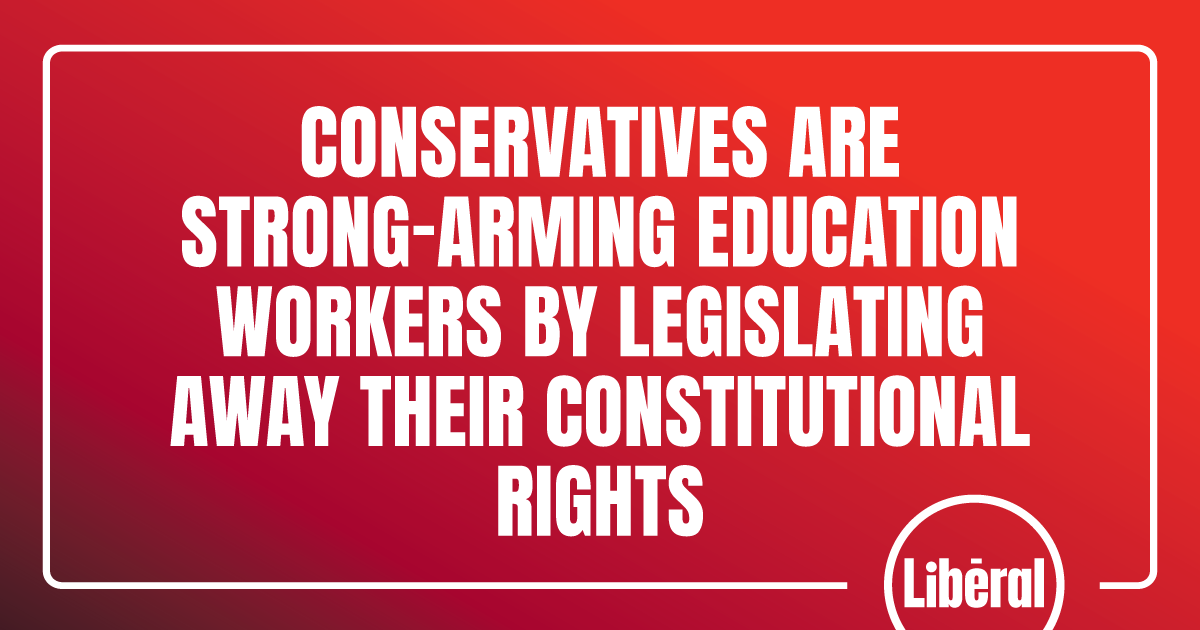 QUEEN’S PARK – By legislatively imposing a new contract on education workers, Doug Ford and Stephen Lecce are creating more chaos and confusion in schools, and increasing uncertainty for parents.

“The Premier and Minister have stripped education workers of their constitutional right to take part in job action, backed by the threat of steep fines that put a price on democracy, freedom of speech and association,” said Mitzie Hunter, MPP for Scarborough–Guildwood and Ontario Liberal Education critic. “The government is strong-arming education workers, most of whom are women, into settling for less than they are worth.”

“Doug Ford has made it very clear he will go to any length to undervalue and underpay our critical frontline workers,” said MPP Fraser, Interim Leader of the Ontario Liberal Party. “The evocation of the notwithstanding clause to prematurely end negotiations is an egregious abuse of power and an overt assault on our democracy.”

“The trampling of charter rights has become a standard practice in Doug Ford’s Ontario,” added MPP Fraser. “Ontario Liberals will do everything in our power to end the government’s attack on working people and defend the rights of education workers.”

Last night, MPP Hunter sent a letter to the Speaker of the Legislative Assembly on a question of privilege, noting that the Minister of Education breached parliamentary privilege when he presumed passage of his charter-trampling legislation.