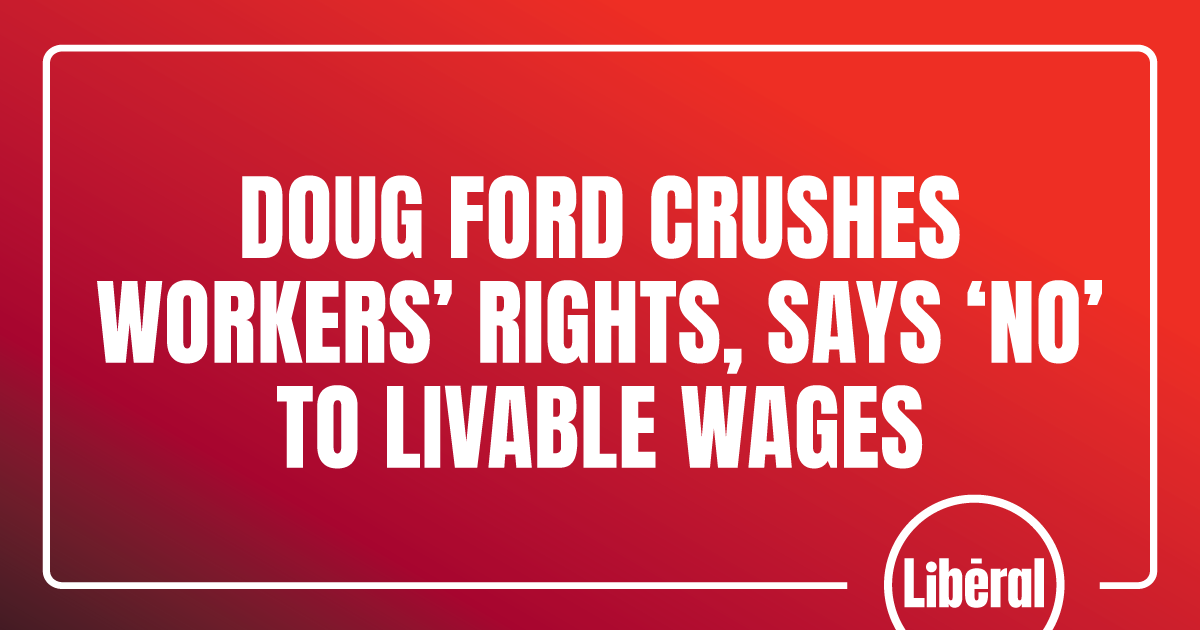 QUEEN’S PARK – Doug Ford and Stephen Lecce have just passed their Charter-trampling legislation, strong-arming the lowest-paid employees in the education sector to settle for less than a living wage. Workers, who despite being critical to our students’ success, are struggling to put food on the table.

“Doug Ford and Stephen Lecce failed to do their best for students,” said MPP Mitzie Hunter, Ontario Liberal Education critic. “They have let them down by refusing to pay education workers a living wage, legislating away the rights of workers, and not making a meaningful effort to reach a fair deal at the bargaining table. Our kids deserve better than what this government has to offer.”

While the Ford government declares war on working people, Ontario Liberals will continue to stand in solidarity with education workers and fight for the rights of every person in this province.

“By using the notwithstanding clause, Doug Ford has sent a message to every Ontario worker that their right to bargain for a living wage is no longer guaranteed,” said MPP John Fraser, Interim Leader of the Ontario Liberal Party. “We will not stand by as Doug Ford bullies students, parents, and education workers, and causes further disruption in schools.”