Doug Ford Has No Plan For Safe Schools 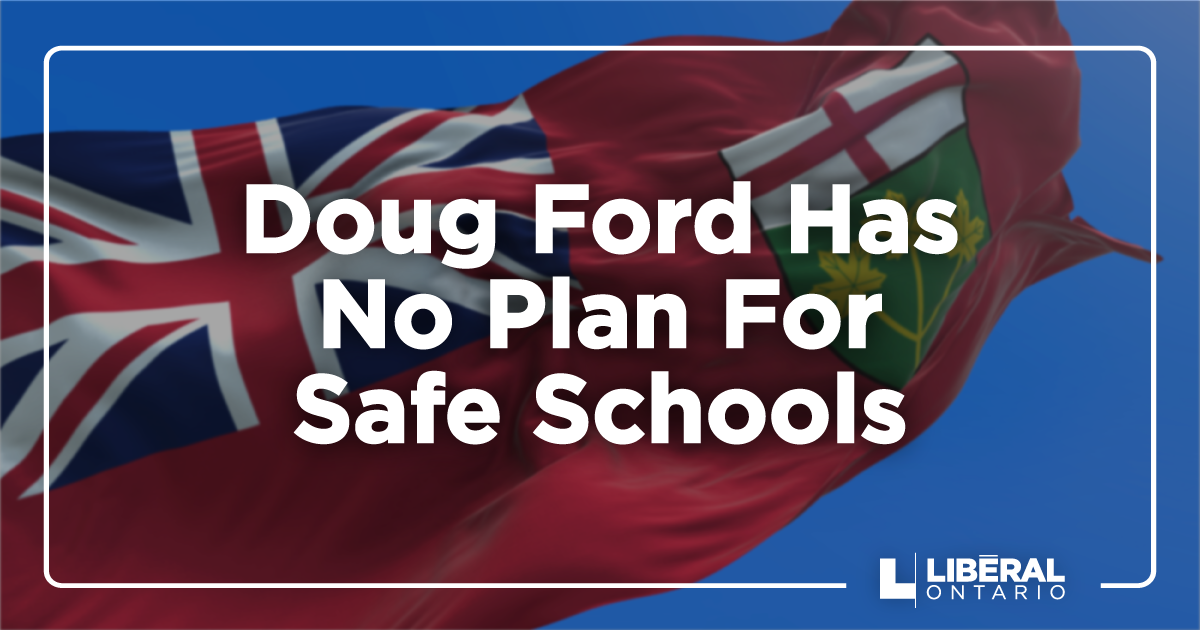 TORONTO – Ontario Liberals are blasting Doug Ford for yet another school year being thrown into chaos because of his incompetence.

“Doug Ford’s last minute, two-day delay to re-open schools won’t do anything to keep our kids safe,” stated Ontario Liberal Leader, Steven Del Duca. “Ontario Liberals called for HEPA filters and high quality masks to be urgently deployed in classrooms nearly two months ago but Doug Ford refused to do it when it mattered most. It feels like the Ford Government went on holiday while Omicron surged.”

Earlier this week, Ontario Liberals demanded answers after Doug Ford went missing while he should have been preparing schools for a safe reopening. Del Duca pointed to the following measures that still haven’t been taken:

“Students and parents deserve so much better than Doug Ford’s incompetent scrambling,” added Del Duca. “His reckless response to the fifth wave is disrupting another school year and putting us all in danger.”