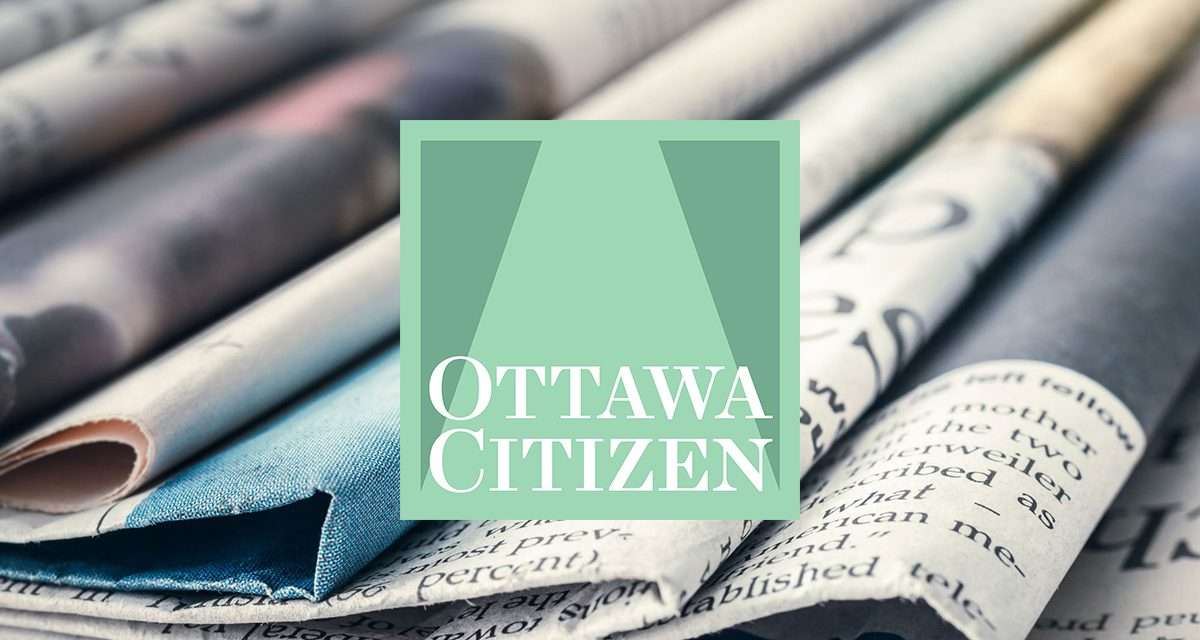 Written by Blair Crawford in the Ottawa Citizen
https://ottawacitizen.com/news/local-news/heart-attack-survivor-stephen-blais-urges-province-to-enact-defibrillator-law

The bill received royal assent in June 2020, but the provincial government has been slow to develop the rules and regulations needed to bring it into force.

Nearly 18 months after it was passed, a law to make more automated external defibrillators available in Ontario has yet to be enacted by the provincial government.

“The statistics are pretty clear,” says Stephen Blais, the Liberal MPP for Orléans. “Quick response to sudden cardiac arrest dramatically improves outcomes. And every minute that you’re down from cardiac arrest, the percentage of your being able to recover from it drops dramatically.

“And the longer you go with your heart not beating, the more damage is done to your heart and your body.”

Blais knows that risk better than most. Friday marked the ninth anniversary of the massive heart attack that stopped his heart for more than an hour. Only Herculean efforts by first responders and medical teams, first at the Montfort Hospital and later at the Ottawa Heart Institute, kept him alive.

Blais marked the anniversary by sending a letter to Health Minister Christine Elliott, urging her to act on Bill 141, the Defibrillator Registration and Public Access Act. The bill was introduced by Conservative MPP Robin Martin, now Elliott’s parliamentary assistant, and received royal assent in June 2020. But the government has been slow to develop the rules and regulations needed to bring the law into force, Blais said.

“I don’t think there’s any ill intent. I have no doubt the government’s been busy with the pandemic. But, at the same time, they recalled the legislature to use the notwithstanding clause — not over public safety or public security — but over election finance. If they’re able to do that for election advertising, I think they have the capacity to put some effort and capacity into something as important as this.”

Blais was a 32-year-old city councillor for Cumberland ward on Jan. 7, 2013, when he went to work out at his gym with a personal trainer. He remembers nothing of the next month except for what he’s been told. He’d finished his workout and was doing some paperwork at the front desk when he suddenly had to sit down. The clerk, a trained lifeguard, realized immediately that Blais was in distress.

“She came over and started to do CPR,” Blais said. “And, right at that exact moment, an off-duty firefighter walked into the gym and saw what was going on.”

Then another stroke of luck. Firefighters were in the parking lot across the road for a minor fender-bender. The off-duty firefighter ran to get them. An ambulance, already dispatched for the fender-bender, was rerouted to the gym.

“The response time from emergency services was something like 90 seconds, well under their normal times,” Blais said. “The gym staff were just attaching the electrodes for the AED when the paramedics arrived and took over.”

But the shocks didn’t work. Paramedics performed manual CPR during the ride to the Montfort, where emergency room staff took over pumping his heart. They injected him with clot-busting drugs. Still nothing. They worked on him for an hour without a hint of vital signs. With all options exhausted, doctors decided they would cease resuscitation efforts at 11:15 a.m. Then, the faint trace of a heartbeat. It was 11:14 a.m.

But Blais was still far from safety. Once he was stable, he was transferred to the Ottawa Heart Institute, where he was chilled into a hypothermic coma for three days to minimize brain damage.

“Again, I don’t remember any of this, but, when I woke up from that hypothermic situation, several other serious side-effects happened. I developed pneumonia as a result of the intubation and my muscles started to disintegrate and poison my bloodstream. So I was put into a longer coma to allow my body to deal with that,” he said.

“When I woke up at the end of January, I had a tracheotomy. I couldn’t really lift my body because I’d lost about 50 pounds of muscle over the course of the three or four weeks I was in a coma. And then I began the very, very slow rehabilitation process.”

He was eventually discharged from the Ottawa Rehabilitation Centre on May 1 after nearly four months in hospital.

“If you had asked any of the doctors afterwards, no one would have bet I’d be here nine years later,” he said. “I’m very fortunate. It’s a remarkable recovery and it’s 100 per cent due to the world-class health care we’re so fortunate to have in Ottawa.”

AEDs are found in every Ottawa municipal building, arena and recreation centre. They’re also carried in all police cars.

But Bill 141 will improve access to defibrillators everywhere in the province, he said.

“Ottawa is quite advanced because of decisions Ottawa city council has made over the years and their decisions to make that investment. But there are 440-odd municipalities in Ontario and most are not the size of the city of Ottawa or as far ahead in their emergency services,” Blais said.

“And, despite how far ahead Ottawa is, there are many public locations that you’re likely to be in on any given day that won’t have an AED. It could be a shopping mall. It could be a restaurant. And the chances of your surviving improve dramatically if you’re able to be addressed by CPR and an AED.”

Neither Elliott, the health minister, nor Martin, the bill’s author, responded to requests for comment on the matter.