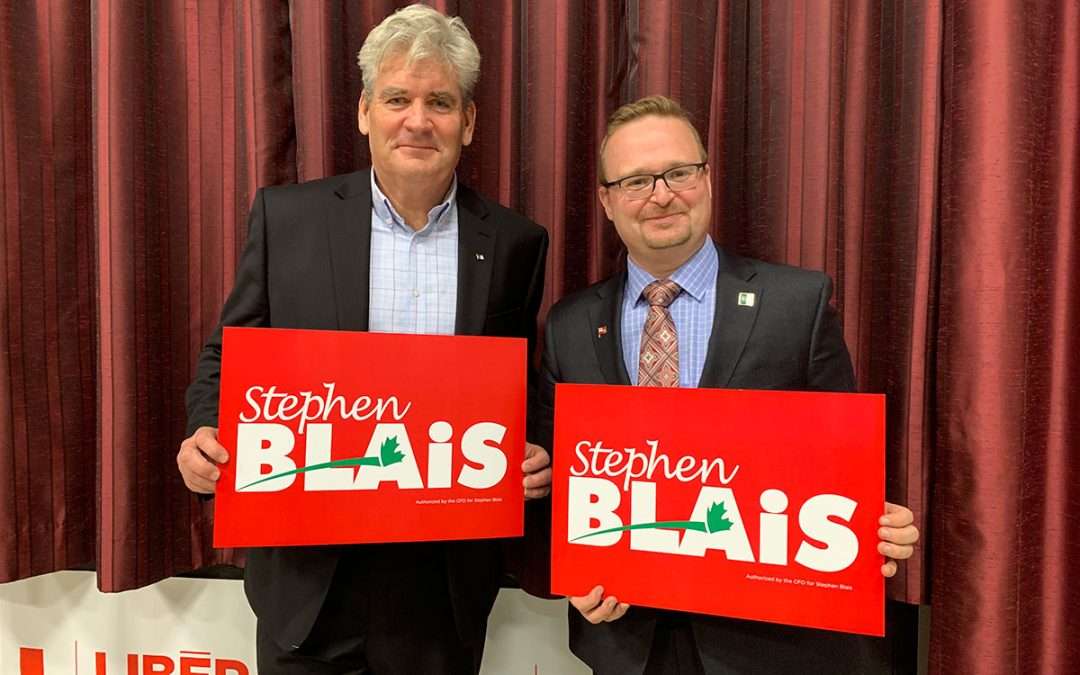 Hundreds of local Liberals gathered on Saturday afternoon to nominate Stephen Blais as their Liberal Candidate for the upcoming by-election in the Provincial riding of Orléans.

“I am honoured that my community has chosen me to be their representative at Queen’s Park” said Mr. Blais. “Orléans deserves a strong advocate who will fight for real progress in our community. I am determined to continue this work at the provincial level and stand up for what’s right in the face of callous Conservative cuts.”

“With the nomination of Mr. Blais, it is clear that Ontario Liberals are ready for the by-elections in Ottawa,” said Brian Johns, President of the Ontario Liberal Party. “The nomination of candidates of the caliber of Stephen Blais in Orléans and Lucille Collard in Ottawa-Vanier are indicative of the momentum that our party has across the province.”

507 local party members came together on Saturday at Rendez-vous des aînés francophones d’Ottawa to cast their vote in the contest.

Stephen Blais was elected to be the municipal councillor for Cumberland in 2010 after serving as a trustee in Ottawa’s Catholic School Board. In his time as councillor, Blais was chosen as chair of the transit commission in his second term and chair of the transportation committee for the current term.

“Doug Ford’s priorities are out of whack with those of Ontario families” said Interim Leader John Fraser, “The people of Orléans and Ottawa-Vanier deserve to have their voice heard at Queen’s Park and I’m calling upon the Premier to call these by-elections right away.”

Orléans has spoken decisively in support of Ontario Liberals. We will continue to fight for those services Ontarians depend upon; a robust healthcare system, great schools, a healthy environment and supports for the most vulnerable.