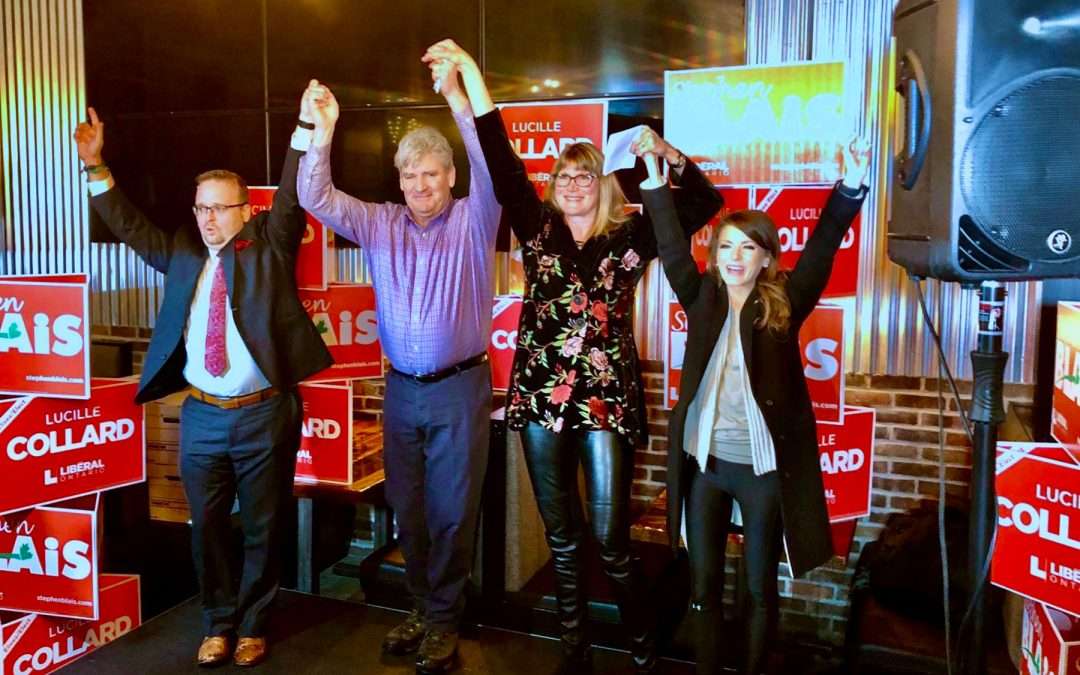 “I am so grateful to the residents of Ottawa-Vanier for trusting me to be your voice at Queen’s Park,” said Collard after the results were announced.

“Tonight, the residents of Orléans chose positivity over negativity to represent them at Queen’s Park,” said Blais. “They chose a successful local record over personal ambition. They chose an MPP who believes in Orléans above all else. We will provide strong opposition to the Ford government and its destructive policies.”

Thursday’s results show that voters in Ottawa know only Ontario Liberals can stand up to Doug Ford’s Conservatives and their disastrous cuts.

“Lucille Collard and Stephen Blais will be strong voices from Ottawa who will fight to protect the public services we all rely on,” said Interim Liberal Leader John Fraser. “Our growing caucus needs more people like Lucille and Stephen to stop Doug Ford from cutting health care, slashing environmental protections and making class sizes larger.”

“I’m proud of the campaigns run by Lucille Collard and Stephen Blais,” said Party President Brian Johns. “Their teams knocked on over 52,000 doors and made over 48,000 phone calls with the support of over 300 volunteers.”

“Our hard work in these by-elections is just one example of how our Party is doing better every day,” continued Johns. “Earlier this year we announced our party had grown to over 38,000 members strong, and on March 6-7 I look forward to welcoming over 2,500 attendees to elect our new Leader in Mississauga.”